As you know, there is a Hijab controversy currently going on in Karnataka. The government has also said emphatically that wearing a hijab (Hijab Ban in Schools and Colleges) is not permitted on school and college campuses, because school uniforms are meant for uniformity and equality, where students keep their religious thoughts aside and work together. Meanwhile, the hijab is illegal in several nations throughout the world. Many governments have banned it for security concerns. In several European nations, wearing a hijab or concealing one’s face in any way is prohibited. Fines are also levied in several nations for concealing one’s face or wearing a headscarf. France, Bulgaria, the Netherlands, Russia, and many more nations have limitations on wearing the hijab.

Let’s talk about some countries where the Hijab is banned. Many governments across the globe are against wearing hijab, and restrictions have been put in place to enforce it.

As part of its war on religious extremism, China outlawed burqas, veils, and long beards in a predominately Muslim region in 2017. People who wear headscarves, veils, burqas, or apparel with a crescent moon and star, as well as those with long beards, are not permitted to use public transit.

Related:  The Hats That Keep Your Wardrobe Tastefully Relevant and Everything Else!

The wearing of religious clothing in schools and universities was prohibited in 2004. In 2011, the French government outright prohibited the wearing of a hijab or concealing one’s face in public. A punishment of €158 has been imposed for wearing a hijab in this country. There is also a mechanism for taking action against individuals who force others to hide their faces.

A prohibition on girls wearing Islamic headscarves to school in southern Russia has enraged Muslims and compelled President Vladimir Putin, who has vehemently backed the Orthodox Church, to declare Russia a secular state. In various localities of Russia, Hijab was banned in schools and universities in 2012.

The government has enacted rules requiring people to conceal their faces. It is unlawful to wear a hijab or hide one’s face in this country. In light of the terrorist operations, the government has fully stopped hiding one’s face for security reasons.

In this country, wearing a hijab or concealing one’s face is punishable by a $12,000 fine. Hundreds of demonstrators march in Copenhagen to protest against the introduction of Danish laws banning the burqa. The law imposes a fine of up to €135 for those who wear the face-covering Islamic headscarf or full-face veil while out and about.

In March 2021, the Swiss government,  banned the wearing of headscarves in public, including the ‘burqa’ or ‘niqab’ used by Muslim women. The amendment to the Swiss constitution was approved by a vote of 51.2 to 48.8 percent.

Following in the footsteps of France in 2011, Belgium prohibited wearing complete face-covering clothing in public, such as the burqa or niqab, which covers the lower part of the face. Following a judicial challenge, the European Court of Human Rights maintained Belgium’s prohibition on Islamic face coverings in 2017. Violations of the legislation can result in a fine of up to seven days in prison. Notably, Belgium has just over a million Muslims, and only about 300 of them wear a burqa or niqab.

On April 29, 2021, Sri Lanka became the latest country to ban all types of coverings in public places “because of national security concerns.”Burqas were briefly prohibited in 2019 following the Easter Sunday suicide bombings that killed more than 260 people.

In January 2012, the Netherlands implemented a restriction on face-covering garments, colloquially known as the “burqa ban.”

Since 2010, the wearing of the headscarf in universities in Syria has been prohibited. The Republic of the Congo became the first African country to outlaw burqas in May 2015. The Republic of the Congo was the first African country to outlaw the burqa. The municipality of Skurup prohibited Islamic veils at educational institutions in December 2019. The Norwegian parliament voted in 2018 to prohibit the burqa from being worn at schools and colleges. The Austrian parliament passed a law prohibiting the wearing of face-covering clothes in 2017.

Related:  Who is Urfi Javed and why is she always making headlines?

So the controversies are still going on and we’ll soon find out about the decision that has been made by the government. The concerns of religious dress restrictions and denying Muslims and women their right to freedom has long been disputed. As the Karnataka hijab dispute heats up, here’s a glance at nations that have banned coverings. 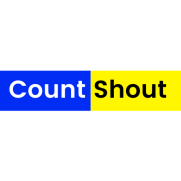